This past January, preacher and teacher Ray Pritchard was cycling and fell when he rode over a patch of ice.  He ended up with a break that incapacitated him and required immobilization pins for an extended period of time. Ray had been trying to update his book “Keep Believing” for over a year but apparently could never find the time. Now it seemed he had all the time in the world and he just re-released it.
A friend of mine had been sensing God speaking to him to slow down but he didn’t have the time to do so. One day he was riding his snowmobile at a safe speed and the next thing you know and without warning, it tipped over sideways and he broke some ribs.  Now he had time to slow down.
There are so many stories where what seems like coincidence, could be attributed to God’s grace.  He steps in and intervenes in our lives and what appears as testing, trouble or misfortune is just a step in our spiritual development. 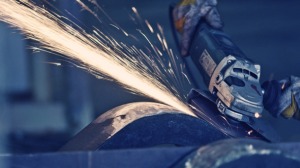 To quote one of my friends:  God has stretched me beyond my comfort zone; as there were  some rough edges that I would rather keep, but they are abrasive to others…
I sure can relate, especially when a beloved one that will remain anonymous told me: “You read that many books and you still are a broken, sinful person that loses it!”  Guilty as charged!
Romans 8:31 (NIV) If God is for us, who can be against us?
Let’s look at that verse.
“God”, not just anybody but GOD.
“Is”, not maybe or perhaps but IS. There is certainty.
“For”, he is not against us or couldn’t care less.  He cares.
“Us”, that is everyone of us, including you and me. He is a personal God and cares about us. He orchestrates events for our good, whether we choose to see them as good or bad.
To quote Max Lucado: Had he (God) a calendar, your birthday would be circled. If he drove a car, your name would be on his bumper. If there’s a tree in heaven, he’s carved your name in the bark. We know He has a tattoo, and we know what it says. 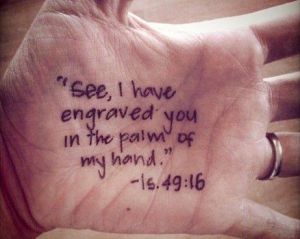 “I have engraved you on the palms of my hands,” He declares. Isaiah 49:16 (NIV)
That’s a lot of tattoos.
Romans 8:31 reinforces what we are told in Romans 8:28 (NKJV) “And we know that all things work together for good to those who love God, to those who are the called according to His purpose.”
Mark 15:21 (NKJV)  Then they compelled a certain man, Simon a Cyrenian, the father of Alexander and Rufus, as he was coming out of the country and passing by, to bear His cross. 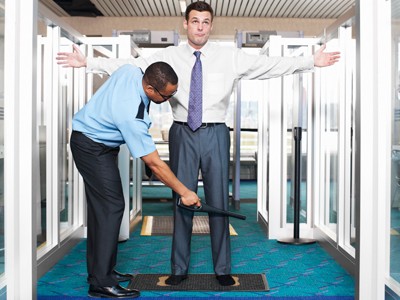 We just read of Simon being pulled out of a crowd to carry Jesus’ cross.  How unfortunate he must have felt.  That reminds me of a time when I was going through airport security with a line up of over a hundred people in one of those lines that looped back a forth several times.  Then out of nowhere, a security agent that was 3 lines away picked me out of the crowd for a special search.  What are the odds?  Do I have a neon sign above my head that says “Pick me, Pick me”?  Did I feel special in a good way, definitely not.
Imagine how special Simon must have felt to be forced to bare part of someone else’s punishment.  This wasn’t just anyone, it was Jesus!  Simon in his misfortune got to share in Jesus’ suffering.  I have never felt as intimate with Christ as when I’m going through trials and sufferings.  The fact that we have such specific details about Simon would lead us to believe that he was in touch with Jesus’ disciples after the crucifixion and possibly became a Christian.  In his misfortune, Simon got to share a very intimate time with Jesus that he would have otherwise missed out on.
We’re told of Jesus in the gardens of Getsamene in Matthew 26:38-42 (NKJV)
Then He said to them, “My soul is exceedingly sorrowful, even to death. Stay here and watch with Me.” He went a little farther and fell on His face, and prayed, saying, “O My Father, if it is possible, let this cup pass from Me; nevertheless, not as I will, but as You will.” Then He came to the disciples and found them sleeping, and said to Peter, “What! Could you not watch with Me one hour? Watch and pray, lest you enter into temptation. The spirit indeed is willing, but the flesh is weak.” Again, a second time, He went away and prayed, saying, “O My Father, if this cup cannot pass away from Me unless I drink it, Your will be done.”
We may wonder why misfortunes happen to us but why did Christ have to suffer?   As we read even Jesus was hopeful for an alternative plan.   As we think of palm Sunday when Jesus had his triumphal entry into Jerusalem as the people were expecting their Messiah to save them from the Romans rule why couldn’t it have ended there?  Why could he have not avoided the sufferings to come at the cross and started his rule?  Because we needed to be saved from our sin.  God loves us so much that Jesus was sent for us, to die for us, to pay for our sins.

It is good that we take time out of our busy lives to tarry around the Lord’s table to remember what he did for us, the choice he made for our sake.
Thanks you Lord that you oversee our lives.  If we are willing to tarry along with you that spiritual growth will occur.  Thank you for your willing sacrifice that saved us from our sins.
IN THE GARDEN
C Austin Miles (1912)
Verse 1
I come to the garden alone,
While the dew is still on the roses;
And the voice I hear,
Falling on my ear,
The Son of God discloses.
Chorus:
And he walks with me
And He talks with me,
And He tells me I am his own;
And the joy we share as we tarry there,
None other has ever known.
Verse 2
He speaks and the sound of His voice
Is so sweet the birds hush their singing;
And the melody that He gave to me
Within my heart is ringing.
Chorus
Verse 3
I’d stay in the garden with Him,
Tho’ the night around me be falling,
But He bids me go;
Thro’ the voice of woe
His voice to me is calling.
Chorus