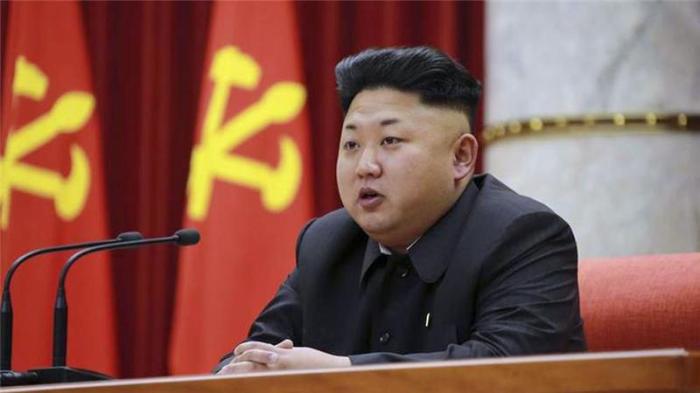 While it is no secret that that the regime of North Korean dictator Kim Jong-un has thrown tens of thousands of Christians in political prison camps, where they have been subjected to hard labor, torture and have even been killed, details are often left out on just how North Korea victimizes its own citizens for going against the will of the regime.

In a 15-page report titled Total Denial: Violations of Freedom of Religion or Belief in North Korea, CSW reports that although North Korea is a member of the International Covenant on Civil and Political Rights, freedom of religion is one right that is “largely non-existent” in the country.

“Denial of this right has occurred since the 1950s, and the current leader, Kim Jong-un, continues to violate citizens’ religious freedom,” the report explains. “Religious beliefs are seen as a threat to the loyalty demanded by the supreme leader, so anyone holding these beliefs is severely persecuted. Christians suffer significantly because of the anti-revolutionary and imperialist labels attached to them by the country’s leadership.”

Although the South Korea-based Database Center for North Korean Human Rights finds that there are at least 123 religious institutions in North Korea, most of them are Buddhist or Cheondoist temples. Even though there are three Protestant churches, one Catholic cathedral and a Russian Orthodox church in the capital of Pyongyang, those state-sponsored churches are only there for propaganda purposes.

According to CSW, Lord David Alton and Baroness Caroline Cox, who visited the churches, found during their visit to the Catholic church that there wasn’t even a priest.

“Although the buildings and religious services appear to suggest some degree of freedom of religion or belief, that freedom is extremely limited and may be aimed primarily at visitors and foreigners,” the CSW report states. “All the churches are found in Pyongyang and there is no record of church buildings existing anywhere else.”

Although the spreading of the Gospel is forbidden in North Korea, as is it considered a crime against the state, many North Koreans are exposed to Christianity through family ties, missionaries or external religious organizations and charities.

Many North Korean Christians have to undertake their worship and other religious activity in secret. They either worship individually or at non-official house churches. Believers who are caught worshiping, running non-sanctioned churches or carrying non-sanctioned religious material are often arrested and hauled away to political prison camps.

“Documented incidents against Christians include being hung on a cross over a fire, crushed under a steamroller, herded off bridges, and trampled underfoot,” the report continues. “A policy of guilt by association applies, meaning that the relatives of Christians are also detained regardless of whether they share the Christian belief. Even North Koreans who have escaped to China, and who are or become Christians, are often repatriated and subsequently imprisoned in a political prison camp.”

This is not the first time that it has been reported that the North Korean government has used steamrollers to crush Christians. According to an eyewitness, five men accused of running a non-sanctioned church were crushed to death by a steamroller in 1996.

Suzanne Scholte, the chair of the North Korea Freedom Coalition and vice co-chair of the U.S. Committee for Human Rights in North Korea, told The Christian Post on Tuesday that CSW’s report is an “accurate representation of how Christians are especially persecuted.”

“I have personally interviewed defectors who experienced torture and abuse simply because it had been rumored that they had become Christians,” Scholte wrote in an email. “We also know that when refugees are repatriated from China to North Korea, if it is discovered that they have been exposed to Christians, this can lead to death.”

“Because the DPRK regime was set up so that North Koreans are raised to worship the Kims as their gods, there is nothing the regime fears more than the spread of Christianity,” she continued. “The knowledge of the one true God is the greatest threat to the regime.”

Scholte believes that North Korea’s animosity toward Christianity came as a result of the fact that former supreme leader Kim Il-sung was raised a Christian and saw the power of the Christian faith in standing up to the Japanese occupation.

“Kim set himself up as a god, perverting the holy trinity with Kim Jong-il as the Christ and juche as the Holy Spirit,” Scholte explained. “North Koreans are taught from childhood to give prayers of thanks to their father, Kim Il-sung, to say a perverted version of the Apostles creed to their great leader, and to study their ideology in thousands of centers across North Korea.”

For the past 14 years, North Korea has ranked as the worst country in the world when it comes to Christian persecution, according to Open Doors USA’s World Watch List.

A rally celebrating the success of a recent nuclear test is held in Kim Il Sung square in this undated photo released by North Korea’s Korean Central News Agency in Pyongyang September 13, 2016

View all posts by goodfishbadfish