By Keith Leslie, The Canadian Press

TORONTO – An Ontario Tory’s statement that he doesn’t believe in evolution has puzzled and frustrated his fellow Conservatives who admitted Wednesday that stance doesn’t help a party trying to rebuild after four consecutive election defeats.

Progressive Conservative Rick Nicholls surprised the legislature Tuesday when he responded to a Liberal taunt by saying opting out of teaching students evolution “was not a bad idea.”

Nicholls’s heckle during debate on an updated sex-education curriculum was greeted with howls from the Liberal and NDP benches and even raised eyebrows among the Conservatives, but he wasn’t backing down Wednesday. 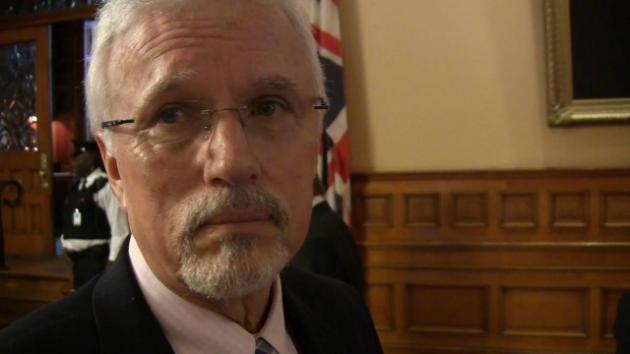 “For myself, I don’t believe in evolution,” Nicholls told reporters. “But that doesn’t mean I speak for everyone else in my caucus. That’s a personal stance.”

Interim PC leader Jim Wilson insisted Nicholls’s views on evolution were not representative of Ontario Tories, and admitted the outburst “obviously didn’t help” a party in the midst of a leadership race.

“He’s entitled to his opinion, but it’s not shared by the majority of caucus members that I know of,” said Wilson. “It’s the first I’ve ever heard of it actually.”

The Liberals were quick to pounce on Nicholls’s opposition to evolution, using it to deflect from a steady barrage of questions from Tories and New Democrats about allegations of bribery in a recent byelection in Sudbury.

Premier Kathleen Wynne said she was very surprised and “taken aback” to find Nicholls confirming he doesn’t believe in evolution.

“I would have expected, quite frankly, that everyone in the legislature would have had a firm belief in the science that we teach in our schools, and certainly that I believe in,” Wynne said in an interview.

Health Minister Eric Hoskins, responding to an Opposition question about drug funding, used his answer to mock Nicholls for his comments.

“We had one member of the PC party questioning whether we should even be teaching evolution in schools,” said Hoskins. “I can’t even begin to imagine what may be coming next: perhaps we never landed on the moon.”

Nicholls, who represents Chatham-Kent-Essex, insisted he had not received any negative feedback from his caucus colleagues over Tuesday’s outburst about evolution: “No one said anything to me at all.”

But he later issued a release correcting his earlier statement and admitting PC house leader Steve Clark had spoken to him Tuesday about the outburst, which a stern looking Clark had earlier told reporters.

“What he said yesterday in the house is obviously not party policy,” Clark said. “I met with him and indicated that if I was asked he certainly didn’t profess party policy and he spoke on his own.”

“I don’t agree with the views that were expressed with respect to evolution,” Elliott said after question period.

Nicholls co-chairs the PC leadership campaign for Barrie MP Patrick Brown, who said he “believes in the theory of evolution, which is well a accepted in the scientific community.”

Nicholls’s original outburst about not teaching evolution in schools came during a heated exchange between McNaughton and Education Minister Liz Sandals over the new sex-ed curriculum.

McNaughton’s criticism of Premier Kathleen Wynne, who is gay, was branded as “homophobic” by Sandals. McNaughton accused the Liberals of not consulting enough parents on the new curriculum and fumed about being labelled a homophobe by the Liberals.

I think we should all send Rick a note and thank him for standing firm on the Bible. rick.nichollsco@pc.ola.org

View all posts by goodfishbadfish